Ottawa: The City that Fun Forgot

Ottawa: The City that Fun Forgot

If you live in Ottawa, I am sure that you have heard the infamous phrase "Ottawa: The city that fun forgot." After living in Ottawa for almost five years now, I think this is a tad outdated. Sure, we don't have the big city vibe like New York and I wouldn't say we are the Vegas of Ontario, but Ottawa can still be a lot of fun.

Admittedly, Ottawa is not the first destination that comes to mind when contemplating a holiday, but this under-the-radar city has unique visual charm, hidden treasures, and an astonishing catalog of amazing places to dine, and a quirky sense of play.  So let's take you to a few of my favourite spots in Ottawa that anyone can enjoy.

I know that when you hear the word "museum", it doesn't scream fun, but in Ottawa, there is another side to one of the museums. By day it is a spectacular place to go to learn about nature, but by night, that is when the real fun begins. On the last Friday of each month, the Canadian Museum of Nature turns into a lively nightclub. With a different theme for each event, you’ll love exploring the museum while sipping on a cocktail and immersing yourself in a different museum experience. Indulge in food and drink, dance to the DJ in the Queens’ Lantern, and explore this castle-like museum. 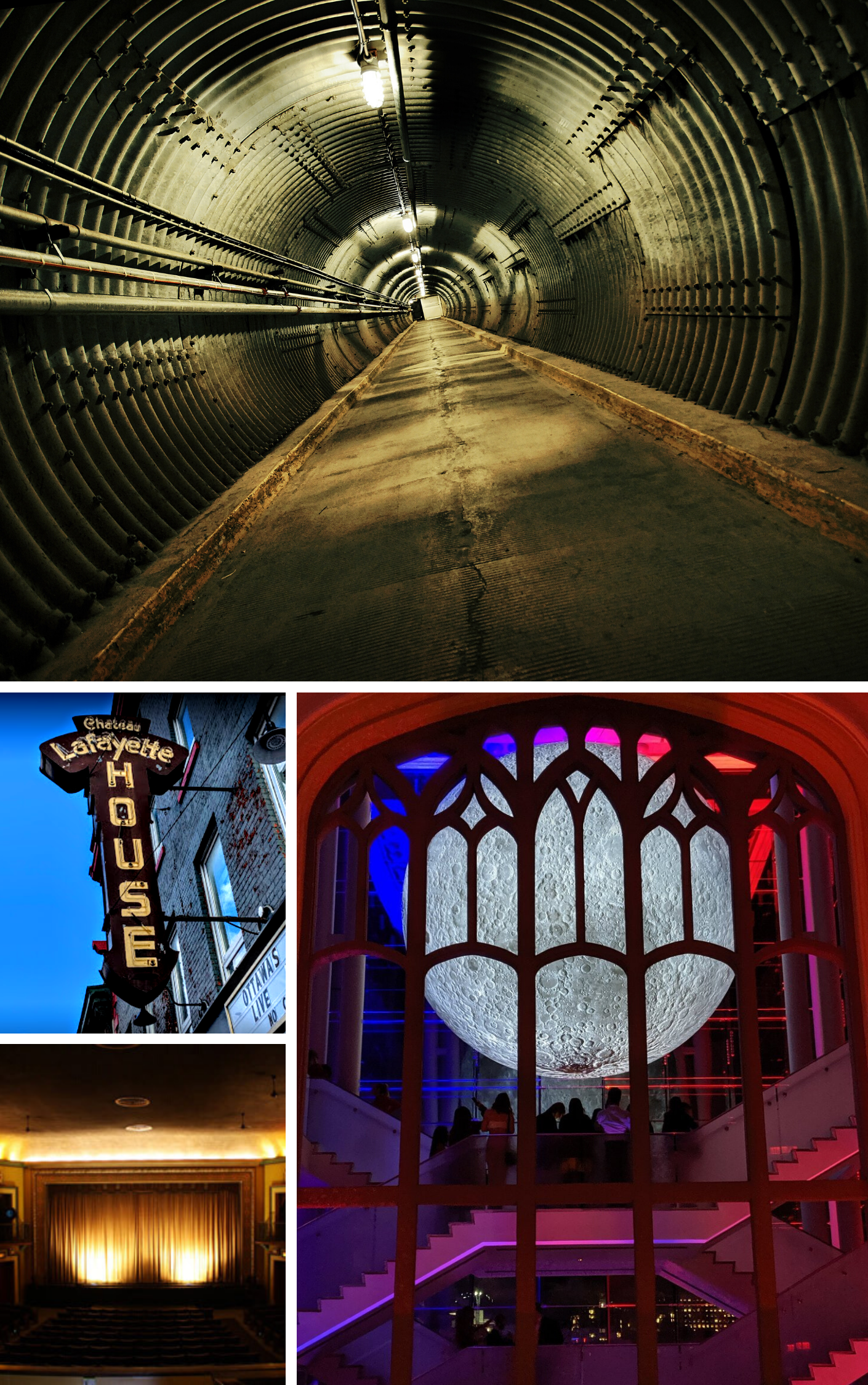 If you are more of a film fanatic, Mayfair Theatre showcases a ton of lesser-known films, many of which are showcased in 16mm. You’ll surely love stopping by this theatre that’s been open since 1932. It is known for showing “stuff you won’t see anywhere else,” they have a rotating selection of newer films, as well as classics.

Opening its doors in 1849, The Lafayette Ottawa’s oldest bar. Las Vegas has Wayne Newton and Ottawa has Lucky Ron. Ron Burke belts out country favourites that locals love. This means two things: the place is packed, and singing along is encouraged. Even if you’re not a country music fan, this show is a must-see.

For all the history buffs out there, the Diefenbunker is also a must-see. This four-story, 100,000-square-foot underground bunker, is now home to all sorts of exhibits, though it was originally built to house over 500 government officials and officers in the event of a nuclear attack.

Featuring different movies throughout the year, hunker down in this bunker for popcorn and entertainment in an entirely unusual setting. Also offered are musical events, whiskey tastings, and is home to the largest escape room in the world.

So whether you are moving to Ottawa or just visiting, you will always find something fun to do. While we may not be New York City, at least we aren't Toronto. ;)

To continue searching, you must agree to the Terms of Use.

For the best experience, please provide your cell phone number and select accept below to opt-in to our Terms & Conditions and Privacy Policy to begin receiving text and voice communications.

or make a new notebook

Search the full MLS® and Exclusive Property Listings.
(Prices and inventory current as of July 25, 2021)

Have a house to sell?

Find Out How Much Your Home Is Worth (optional)

We just need your phone number to finish creating your account.